Overwhelming support to end the bear bile industry within China

Extracting bile from bears for use in Traditional Chinese Medicine is an inhumane practice that over 97% of Chinese people believe is very cruel.

In China tens of thousands of bears are forced to suffer an entire lifetime in captivity simply for their bile, in a cruel and entirely unnecessary industry.

The exploitation of captive bears for their bile is one of the worst examples of animal cruelty in the world today. There is no humane way to extract bile from a live bear, and these wild animals will suffer severe pain and psychological distress throughout their lives in captivity.

The results highlighting a downward trend in bear bile consumption, and a growing support for the use of readily available, and humane, herbal and synthetic alternatives.

Emily Reeves, Director of Programmes Asia Pacific, at World Animal Protection, says: “These results confirm what we have known for many years; the bear bile industry has no place in modern China.

“The industry fuels demand for bear products and poses a serious threat to bears in the wild.  Such inherent cruelty, and obvious conservation threats, are all the more unacceptable given that humane alternatives to bear bile exist.

“The evidence is clear, and it’s no longer a case of if the industry will end, but when. The Government of China has already taken important steps forward to review the bear bile industry. Now, it’s time to start planning its phase out for good.”

World Animal Protection is committed to ending the needless suffering of bears, and has been working to protect bears for over twenty years; bringing an end to some of the worst cases of exploitation across the world.

In South Korea and Vietnam significant progress has already been made towards the end of the bear bile industry. More than 90% of the captive bear population in South Korea has been sterilised, while numbers of captive bears in Vietnam continue to decline.

World Animal Protection’s vision is for China to follow suit, and create real and lasting change for bears, to help keep them in the wild where they belong.

Find out more information about ending the bear bile industry. 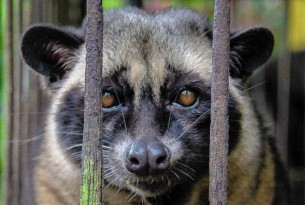 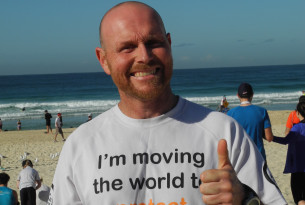 We caught up with animal lover, fitness fanatic and environmentalist, Paul Hellier. Paul has been representing World Animal Protection as a Gold Charity Runner...

Success! More than 100 travel companies commit to be elephant-friendly 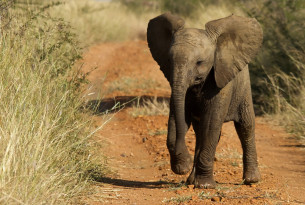 In a significant step towards ending the cruel abuse of elephants in the tourism entertainment industry, more than 100 travel companies have committed to stop...