The recently published 4th edition of the Business Benchmark on Farm Animal Welfare (BBFAW) ranks Wesfarmers (Coles) and Woolworths on animal welfare standards along with 88 other global brands.

“Farm animal welfare is riding high on the consumer agenda and we expect far higher standards for animals from the world’s leading food companies."

The report shows that world leading food companies are, as a group, lagging behind consumer expectations on farm animal welfare issues. Companies including Burger King, Domino’s Pizza Group (UK) and Starbucks could be putting animals at risk with little or no regard for animal welfare in their business models.

Woolworths and Wesfarmers (Coles) came in at tiers 4 and 5, respectively. Tier 4 indicates 'making progress on implementation' and tier 5 indicates 'on the business agenda but limited evidence of implementation'.

Part of the report's purpose is to encourage better disclosure of animal welfare practices. After being evaluated for the first time, companies may improve their ranking by making available more information about their animal welfare policies. This follows the trend of animal welfare becoming a key issue on the agenda of both consumers and investors.

The BBFAW report, which we produce in collaboration with Compassion in World Farming and investment firm Coller Capital, is the first and only global measure of farm animal welfare management, policy commitment and disclosure in food companies; including major food retailers, wholesalers, restaurants, bars, and food producers.

Despite the overall progress made since the first published report in 2012, 40% of companies provide little or no information on their business operation for farm animal welfare – raising concerns about these companies’ basic welfare standards for animals in their supply chains. In addition to Burger King, Domino’s Pizza Group (UK) and Starbucks, this list includes Mars Inc and Müller.

Our CEO, Steve McIvor, said, “Farm animal welfare is riding high on the consumer agenda and we expect far higher standards for animals from the world’s leading food companies.

“With 70 billion animals farmed for food annually, poor animal welfare in industrial farming cannot be ignored. A better life for these animals relies upon global, large-scale changes across the industry.”

The influence of investors

Simon O’Connor, CEO of the Responsible Investment Association Australasia, identified animal welfare as a key issue for business as well as an ethical issue. "In the same way good practices in human rights result in stronger businesses, similar links are ever more apparent between strong animal welfare practices being simply good business, and better investment opportunities”, he said.

“Investors are increasingly looking for good animal welfare practices as part of good supply chain management, and strong standards and enforcement help to deliver this.”

Rory Sullivan, BBFAW expert advisor said, “For the first time we are seeing global investors actively engage with companies to encourage them to improve their practices and reporting on farm animal welfare.

The annual Benchmark provides a strong incentive for companies to improve their disclosure and account for their performance. As we build investor awareness and understanding of farm animal welfare, we expect to see investor interest and, critically, action, increase over time.”

There is also good news from the report, which demonstrates that despite the poor performance of many companies, animal welfare is rising up the business agenda with another increase in the overall scores. 19 of the 90 companies improved their ranking by at least one tier in the report, a list that includes BRF who we have been working with to improve their standards and practices in farm animal welfare.

The companies leading the way are Marks & Spencer, Coop Group (Switzerland), Waitrose (UK) and Noble Foods, closely followed by companies that also demonstrate leadership on farm animal welfare practice and reporting such as McDonald’s and Unilever.

Jonty Whittleton, our Head of Campaigns for Humane and Sustainable Agriculture, blogs with his views on this latest BBFAW report. 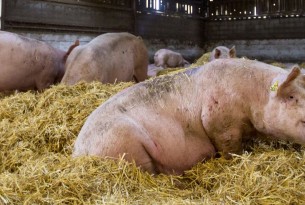 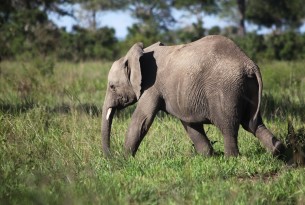 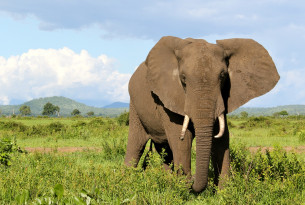 This brilliant news comes after nearly 175,000 of you signed the petition to demand that they stop contributing to the cruel industry.