Why I Regret Swimming With Dolphins

When Ben from our World Animal Protection US office was 16, he swam with captive dolphins during a family holiday in Mexico. It was a temporary thrill. But the guilt has stayed with him for a lifetime.

"I used to think this dolphin was smiling—now I realize that it’s just the shape of their jaw, an anatomical quirk that paints a skewed picture of life in captivity and contributes to the myth captive dolphins enjoy a happy life."

"Swimming with dolphins had always been on my bucket list. They were my favorite animal growing up. I marveled at their speed and agility, their intelligence, and how they always looked like they were having a great time. It kills me now to think how my affection has only added to their misery. 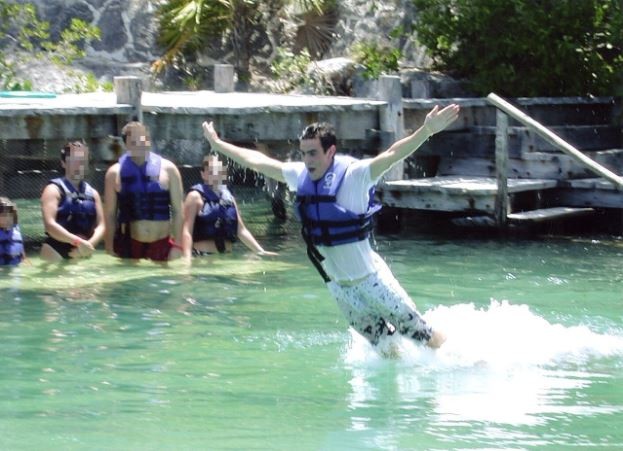 I say “swam with”; it was more like being pushed through the water by dolphins in a staged photo-op. We used those dolphins like a surfboard. “Swam on dolphins” might be a better description. The dolphins had no choice in the matter. They weren’t free to leave. They had to push me through the water with their sensitive rostrums, and then they’d get some food—some thawed frozen fish. And then they had to do it again. And again, and again. Until every paying customer waiting in line had had their turn.

Looking back at this event makes me sad. At the time, I hadn’t thought anything of the cruelty of the captive dolphin industry. I hadn’t thought about how these animals spend their entire lives in tiny enclosures performing these tricks for self-professed animal lovers like me. It never crossed my mind about how these intelligent mammals are separated from their families, kept in artificial pods, and traded between venues.

In another photo I’ve since come to regret, I’m holding one of these captive dolphins. I used to love this photo. I thought of it as the coming together of people with nature. But now, I only see the sadness. 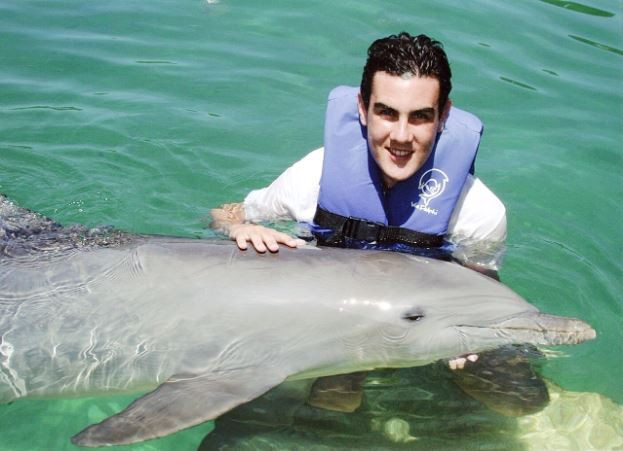 I used to think this dolphin was smiling—now I realize that it’s just the shape of their jaw, an anatomical quirk that paints a skewed picture of life in captivity and contributes to the myth captive dolphins enjoy a happy life.

I’ve stared at this picture for hours. I no longer see a smile. I see pain, resignation, lifelessness.

My parents recently told me that they’d been conflicted at the time. They knew it didn’t seem right, but I’d been so excited. I don’t blame them for wanting to give their kids a fun family day out. We didn’t know back then all that we know now.

Documentaries such as The Cove and Blackfish have shone a spotlight on marine mammal theme parks’ cruel business. Reports such as World Animal Protection’s Behind the Smile have documented the enormous profits fueling captive dolphins’ suffering.

I was recently lucky enough to attend the launch of America’s first Whale Heritage Site in Dana Point, California. Whale Heritage Site certifications are awarded to locations that offer and celebrate responsible and sustainable wild whale and dolphin watching. 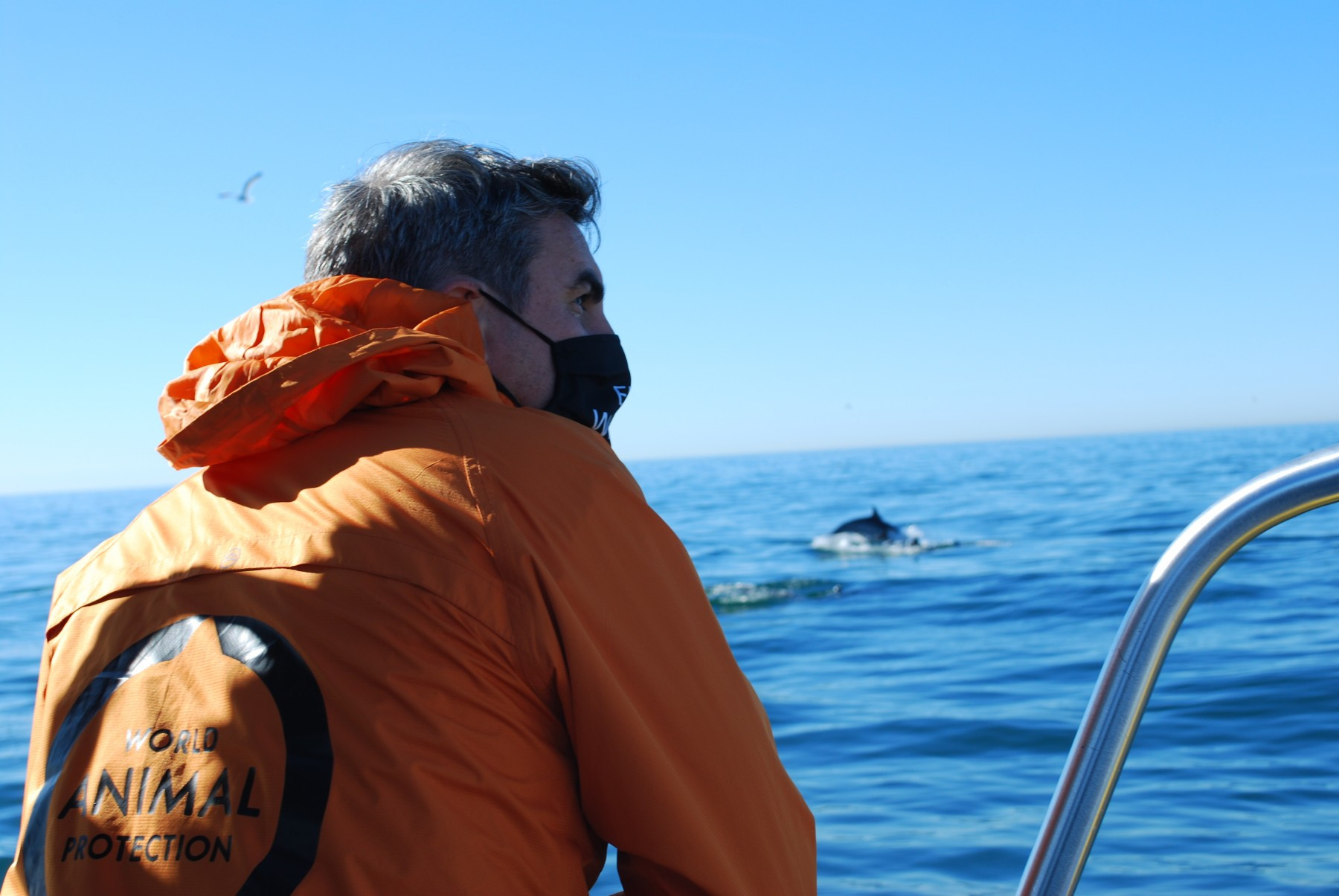 As I looked out over the long horizon watching a pod of hundreds of free-roaming dolphins on their way down to Mexico from Canada—I thought about the sadness of that captive dolphin from twenty years ago. She’ll never be able to experience the freedom these wild dolphins enjoy; the ability to swim thousands of miles, play in the waves, hunt, choose a mate, and do everything else that comes naturally to free dolphins.

I wonder if she’s still there. Still giving rides. Still." 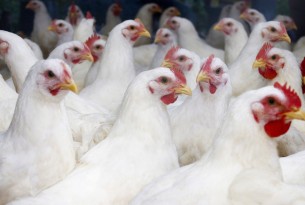 Burger King UK has signed the Better Chicken Commitment, a set of standards that will improve the welfare of millions of chickens. 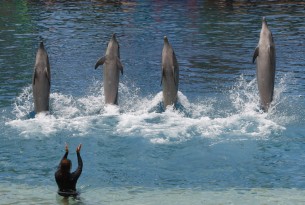 About 30 dolphins are kept captive at Sea World on the Gold Coast – most of them were bred there. Meet three of Sea World's captive dolphins and find out how...