A new United Nations report, shows that the number of animal species affected by marine debris (including microplastics, and lost or abandoned fishing gear) is on the increase.

With the study showing that more than 800 animal species are negatively affected by litter in our seas, representing a 23 per cent increase in the total number of species affected since 2012.

You just need to take a walk on a beach anywhere in the world to see that the scale of the marine debris problem is staggering. It’s clear that now is time for action to address this growing catastrophe.

An estimated 10% of all marine debris is lost or abandoned fishing gear (known as ghost gear), comprised mainly of nets, ropes, lines and traps made of robust plastic materials that have ended up discarded in our seas and oceans.

This floating ‘ghost gear’ is often difficult to retrieve and equally problematic to dispose of, so in many areas there is a devastating build-up of old fishing gear which continues to fish for decades, posing a real threat to wildlife. The new research claims that 40 per cent of whales, dolphins and porpoises and 44 per cent of seabird species are affected by marine debris ingestion, with others facing entanglement and, often, death.

While this animal impact is sobering enough, the report also highlights the effect of marine debris on countries’ economies and community livelihoods. The cost of coastal clean-ups, damaged vessels and contaminated or lost catch for fishermen poses a significant risk to communities who depend upon the ocean for their livelihood, whether this is through tourism or fishing.

In Australia, the Tasman Sea is a global hotspot for seabird impacts by marine debris. CSIRO predicts that plastics ingestion in seabirds may reach 95 per cent of all species by 2050, taking into account the steady increase of plastics production.

And it’s not just seabirds at risk; turtles, whales, dolphins, dugongs and fish are also killed and maimed by marine debris. In the Gulf of Carpentaria alone, the CSIRO estimates 5,000 to 15,000 turtles have been killed after becoming ensnared by derelict fishing nets, mostly originating from overseas.

Previously, the Australia Government had a national plan to protect Australian marine animals from debris, but it has lapsed. World Animal Protection is calling on the Minster for the Environment to provide a national plan of measures to prevent the harmful impact of marine debris on Australian sea animals.

World Animal Protection has also been collaborating with NGOs, academics, governments, policy-makers and the fishing industry through the Global Ghost Gear Initiative (GGGI) to translate dialogue about sustainable sea solutions into tangible actions that can benefit our oceans.

With the eye-watering figure of pollution from marine debris placed at $13 billion it’s clear that now is the time for multi-stakeholder initiatives such as the GGGI to stem the tide of plastic debris. We all have a role to play in raising awareness of the staggering impact of this menace on our wildlife.

Ahead of the first ever global United Nations Oceans Conference, World Animal Protection has also been working with UN Member States to highlight the urgent actions needed to address the global issue of ghost gear.

At this major event planned for World Oceans Day 2017, countries will be asked to commit to tangible steps that they will take to reduce marine litter of all kinds, including ghost gear, by 2025. 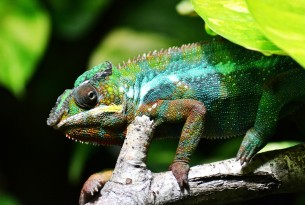 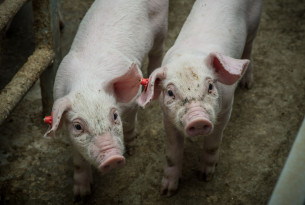 Can well-meaning owners meet the complex needs of reptiles as pets?

Reptiles are a diverse group of animals, constantly adapting to survive and to suit their environment.