Thailand’s biggest supermarket, Tesco Lotus has announced packaged pork in all their Thailand stores will come from producers that keep pregnant pigs out of cages and in group housing by 2027.

The supermarket giant also promises all eggs will be from cage free systems by 2028.

The move follows more than 30,000 supporters across Thailand and the UK calling for Tesco Lotus to end cages in its pork supply chain as part of World Animal Protection’s Raise Pigs Right campaign.

“This is a good start from Tesco Lotus and we look forward to them making good on their intention to become a leader in animal welfare.

“Currently mother pigs in Thailand can spend almost their whole lives in cramped cages unable to move, turn around, lie down comfortably or socialise. They resort to biting the bars of the cages that confine them in frustration. It’s a world of difference for them to live in groups with room to move and opportunities to socialise.”

“Across the UK and Thailand thousands of Tesco customers have called on Tesco Lotus to end the caging of pregnant pigs in their pork supply chain. In June we took their concerns to the Tesco Annual General Meeting, where the company acknowledged that more needed to be done.

“Our supporters have played a key part in achieving this promise and we are very proud of their input. We’ll continue to engage the Tesco Group to raise pig welfare across their global operations.”

Three out of four of the world’s mother pigs spend much of their lives confined in steel cages no bigger than an average fridge. They are breeding machines, producing litter upon litter of piglets that are then reared for pork.

We’ve been working in Thailand to improve pig welfare, engaging with Tops Market and Central Food Hall which led to them committing to all pork sold in their stores to be from systems where pregnant pigs are kept in groups by 2027.

We’ve also worked with major producers, including Betagro and CP Foods in Thailand, with these companies also committing to move to 100% group housing of pregnant pigs by 2027 and 2025 respectively. 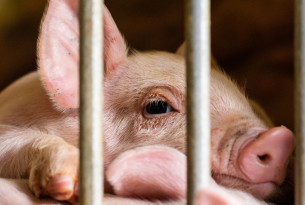 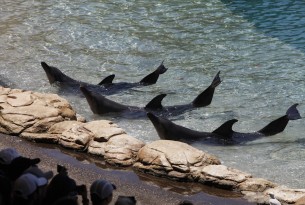 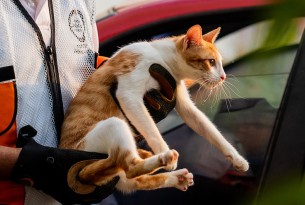