The Sad History Behind Orca Captures in the United States

In the United States, orcas (also known as killer whales) have been on public display for entertainment since the 1960s. Today, 21 orcas remain captive in marine mammal parks across the country. Here is the history of how orcas were captured in the first place.

Just one orca captured from the Salish Sea remains in captivity today. Tokitae has been living at the Miami Seaquarium for 51 years in the smallest orca tank in the world.

In 1965, a killer whale named Namu was accidentally captured in a fishing net in British Columbia, Canada. Knowing that they could profit from a killer whale, the fishermen contacted Ted Griffin, owner of the Seattle Marine Aquarium, and Namu was purchased for $8,000. News quickly spread about Namu, with thousands traveling to see the orca. Even a Hollywood movie called Namu, The Killer Whale was produced. Unfortunately, Namu died of a bacterial infection caused by pollution less than one year in captivity.

The demand to see orcas up close was high. Ted Griffin launched Namu Inc., a whale-catching company, to supply marine mammal parks with orcas from the Salish Sea. Their top customer was SeaWorld. Griffin captured a calf from Puget Sound and killed her mother with a harpoon gun. The calf was the original Shamu and was sent to SeaWorld San Diego as the company’s first killer whale.

There were no regulations for capturing orcas from the wild during this time except for requiring a netting license. In 1970, the notorious Penn Cove Captures began. Men used boats, planes, and explosives to round up and take young orcas from the wild. It was a terrible event to witness as orcas cried out for their mothers in distress. It was later discovered that four captured baby orcas got stuck in their nets and drowned after a group of activists tried to free them, but attempts failed. Ted Griffin attempted to hide the dead bodies by sinking them, but they were discovered the next day. The media found out, and because public outcry was significant, Washington state (USA) set up a permit process in 1971 to try to regulate the industry.

In 1972, the Marine Mammal Protection Act was enacted, ending whale captures. However, SeaWorld was allowed to continue its captures by filing an economic-hardship exemption. Ted Griffin quit the business but his partner Don Goldsberry took over.

At this point, it appears the orcas in the Salish Sea learned how to protect themselves from capture. They would roll their bodies and lay down their dorsal fins on the water, making it difficult to spot them. Pods would also split up with mothers traveling with their young in one direction and the males acting as decoys. Thankfully, from 1973-1975 there were no captures. In 1976, Don Goldsberry was able to corner a pod of orcas in Budd Inlet just north of Olympia, Washington, USA. The team threw seal bombs and chased the whales by speedboat. Nearby was Ralph Monroe, former Washington Secretary of State, but then aid to Governor Dan Evans. Monroe was sailing with his wife when they witnessed the captures and were horrified when they heard the orcas screaming. Knowing this was unacceptable and unethical, Monroe reached out to the media and Governor Evans. Within hours, a federal restraining order prohibiting SeaWorld from moving the orcas was filed and a lawsuit had begun.

The state won after a legal battle, and SeaWorld was banned from capturing orcas in Washington state.

SeaWorld later tried capturing orcas in Alaska but was not welcome there. They then moved to Iceland, capturing famous orcas such as Tilikum (from the documentary Blackfish) and Keiko (from the Free Willy movie). It was finally over for the orca captures in the US, but the consequences are still felt today. Over 200 orcas were taken from their homes, and the Southern Residents (a population of orcas that live in and around Puget Sound) lost one-third of their population. Today, the Southern Residents are endangered and face declining salmon, noise pollution, and poor water quality.

Just one orca captured from the Salish Sea remains in captivity today. Tokitae has been living at the Miami Seaquarium for 51 years in the smallest orca tank in the world.

Help Tokitae and other captive dolphins and whales by not seeing them in captivity. Join the pod today and pledge to be a dolphin defender.

Volunteer for animals by joining our Action Crew 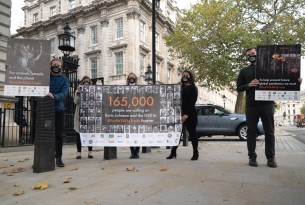 Move the world for animals by joining the Animal Action Crew, and you’ll join a community of committed, like-minded people who are helping create a world where... 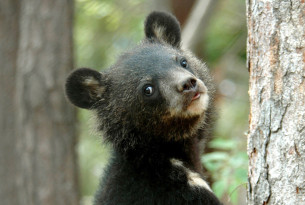 With your support, we worked with our local partner Green Korea United (GKU), to amend the Wildlife Protection and Management Act in South Korea to introduce...