Tu Do, a captive Asiatic bear has been rescued from Son La province, Vietnam. Her rescue makes it the 41st bear bile-free province.

Thanks to your continued support, there has been a 90% reduction in the number of bile bears in Vietnam, from 4,300 bears recorded in 2005 to less than 345 bears on farms today.

All images by Nguyen Van Tuyen

Thank you. You’re helping end one of the worst examples of animal cruelty in the world today.

With your support, World Animal Protection, Education for Nature Vietnam (ENV) and Four Paws came together with local authorities for the rescue in early December. 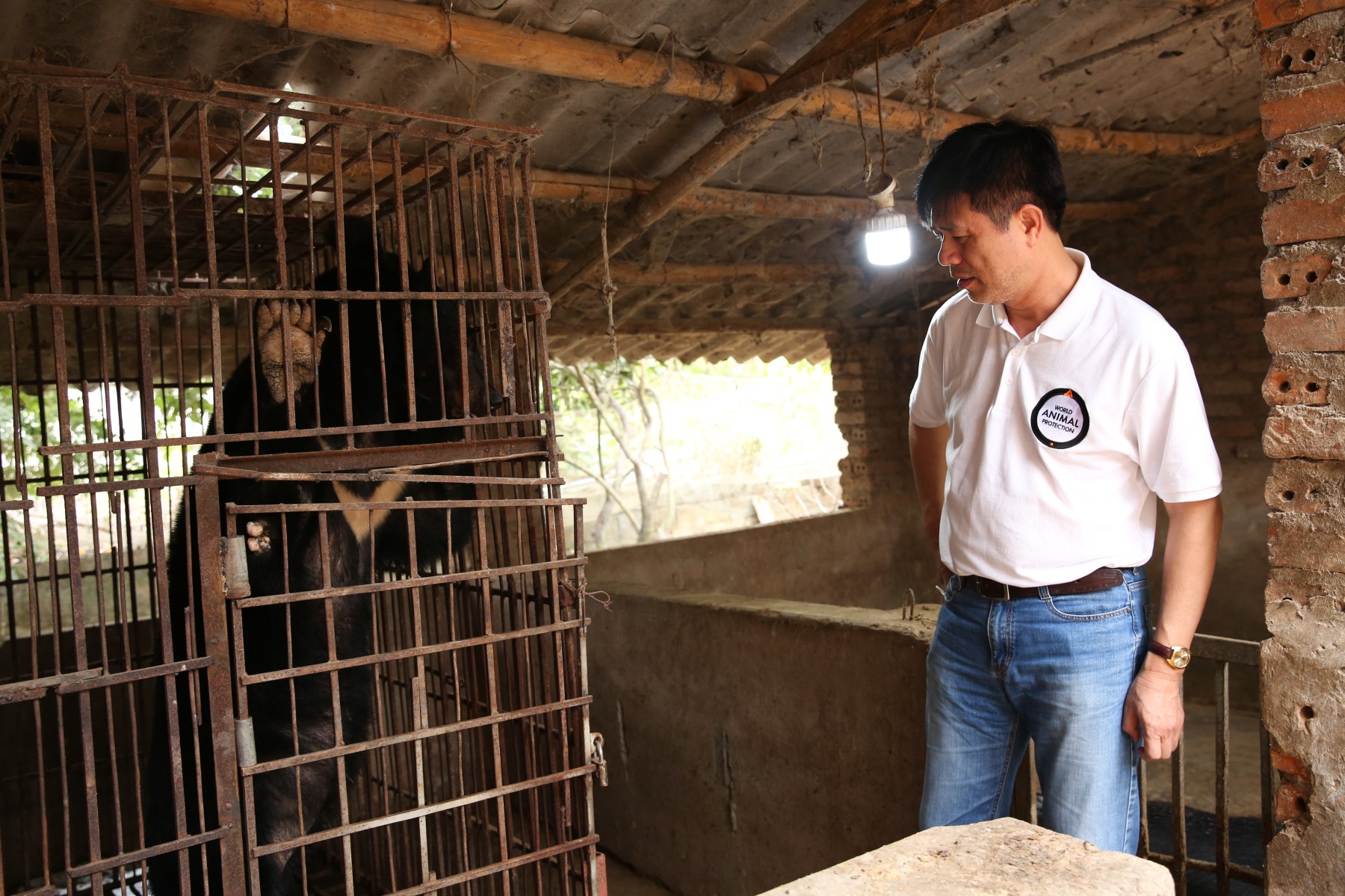 “This bear belonged to an old man and I think he kept the bear as a pet, because he also has many dogs, chickens, and pigs in his garden. I spoke with him three times about the bear’s welfare, and the bear sanctuary.

Two weeks ago, on a monitoring trip, I told him again about what we can do for his bear. How his bear can live the rest of her life in a sanctuary. He listened, seemed to think a lot, but said nothing. After only a few days, he called the local ranger and said he wants his bear to come to the sanctuary."

“We are delighted to see the transfer of the last bear from Son La province this Saturday. Not only because this will be the next bile bear-free province, but because it signifies broader progress across Vietnam. It shows when the government is determined to put an end to this industry, they can achieve it. ENV would like to congratulate the Son La authorities and urge other remaining bear farming provinces to follow suit.”

World Animal Protection, ENV and Four Paws have formed the Vietnam Ending Bear Farming Coalition, committed to supporting the government in expediting an end to bear farming in Vietnam. 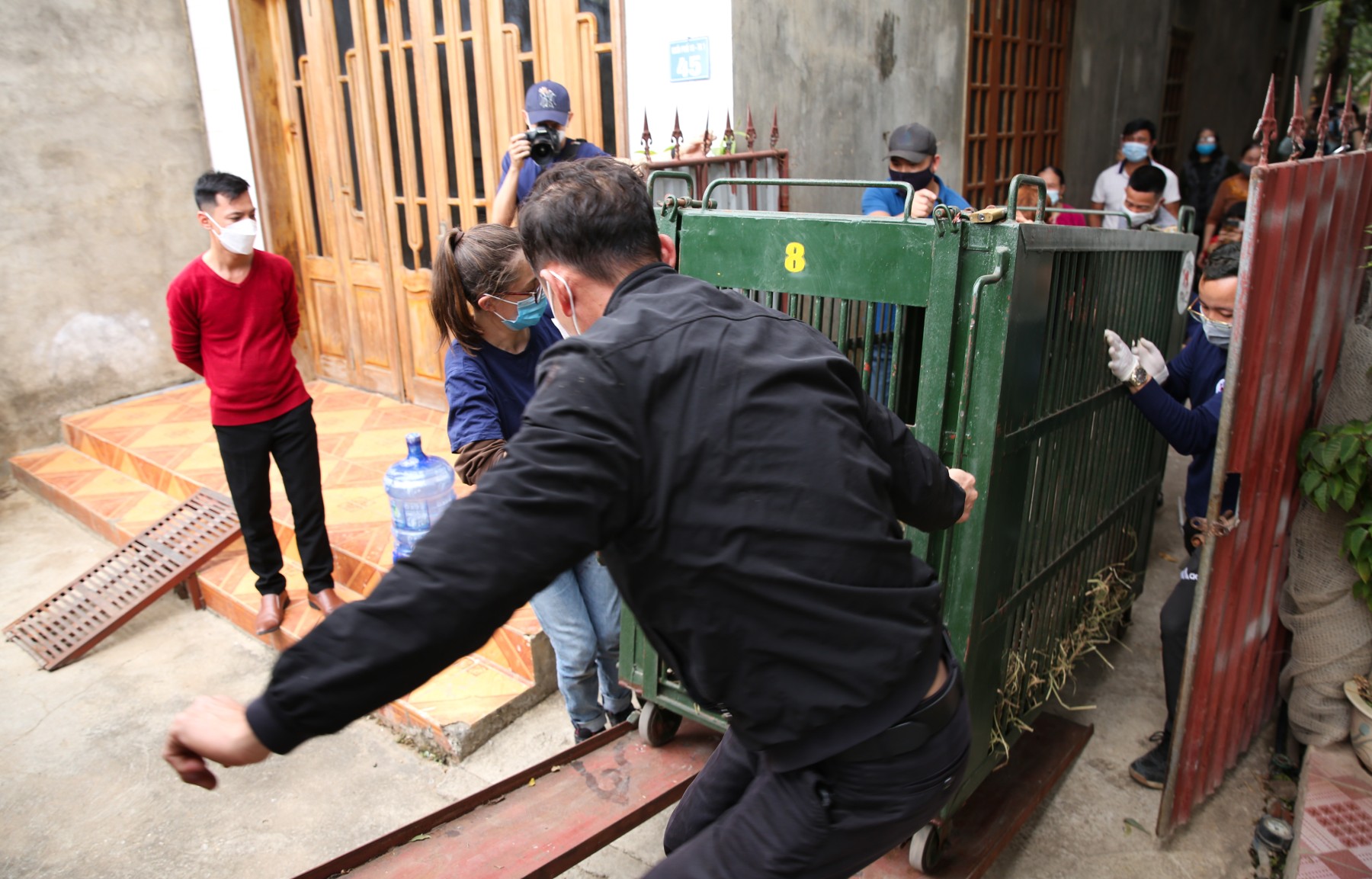 Tu Do being rescued and transported to the Four Paws rescue Center in Ninh Binh province.

For over 15 years, we’ve partnered with ENV and worked with the Vietnamese government, to end the cruel practice of bear bile farming and protect the small population of bears remaining in the wild.

Thanks to your continued support, there has been a 90% reduction in the number of bile bears in Vietnam, from 4,300 bears recorded in 2005 to less than 345 bears on farms today.

Together we can end the wildlife trade. Forever. 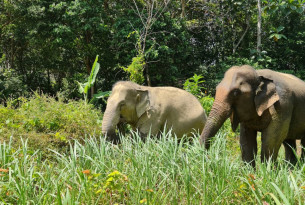 Seven ways you helped dolphins in 2021 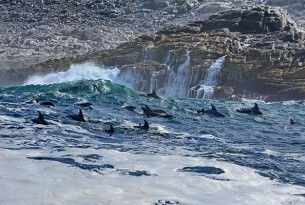 Thousands of supporters around the world achieved incredible things for dolphins in 2021. Thank you. Here are seven ways you’ve helped captive and wild...