Factory farms are making us sick. On the surface, factory farmed meat, fish and dairy products seem cheap, but they are costing us our health and governments trillions of dollars each year to mop up the damage.

These include unhealthy diets and food insecurity, zoonotic pathogens and antimicrobial resistance (AMR), unsafe and adulterated foods, environmental contamination, and occupational hazards. These impacts are expected to only get worse as the demand for meat continues to grow.

World Animal Protection’s latest report, The Hidden Health Impacts of Industrial Livestock Systems, exposes how governments around the world are turning a blind eye to the public health toll of factory farming as well as the suffering of billions of farmed animals.

While meat consumption has fallen recently across Australia and New Zealand, it is expected that by 2030, meat consumption is projected to grow 18% in the Asia Pacific region[i]. This skyrocketing demand sees billions of stressed animals mutilated and confined to cramped and barren cages or pens for their whole lives. Over 70% of the 80 billion land animals farmed globally are raised and slaughtered within cruel factory farming systems each year.

The research builds on the concept of five pathways “through which food systems negatively affect our health”, outlined by the World Health Organization in their 2021 report Food Systems Delivering Better Health[ii].

World Animal Protection details how these negative health impacts are directly linked to factory farming. This puts countries like Australia and New Zealand in the spotlight, as they are identified as having one of the highest per capita meat consumptions in the world.

In Australia, the environmental impact of factory farming is evident through mass deforestation. Reports have also shown the link between land clearing for cattle farming, and ongoing damage to the Great Barrier Reef.

“Factory farms are making us sick. On the surface, factory farmed meat, fish and dairy products seem cheap, but they are costing us our health and governments trillions of dollars each year to mop up the damage.

“We need to break the cycle of suffering in our food system. Government support for cheap meat is equating to more animals being churned through cruel factory farms. Now is the time for governments to focus on better health outcomes for people, animals and the planet.

“There is no future for factory farms. We need a moratorium on factory farming. The food industry needs to embrace a humane and sustainable future where we consume predominantly plant-based diets, and remaining farmed animals are kept in genuinely high welfare systems where they can have good lives.”

Systemic shifts are needed to deliver the biggest health gains for our population. Some of those include redirecting subsidies towards humane and sustainable practices, improving affordability of plant-based foods, and providing transition support for farmers no longer wishing to engage in factory farming.

In order to make these shifts, World Animal Protection is calling for the Australian government to impose a moratorium on factory farms and introduce and enforce higher farmed animal welfare standards. World Animal Protection is also advocating for the creation of a dedicated Ministerial portfolio for animal welfare, and an Independent Office of Animal Welfare, to help ensure that existing factory farms have appropriate oversight and transparency. 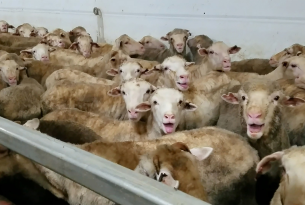 The Australian Government want to overturn the ban on live exports during the northern hemisphere summer. But you can help keep the ban by contacting your MP. 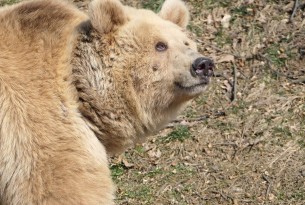 It is with great sadness that we share that Masha, who was recently rescued from Ukraine and transferred to the AMP Libearty Sanctuary, has suffered a stroke...