Pig news! Two massive wins, thanks to you

You’ve made life better for pigs in China and Brazil. Thank you.

Thanks to the support of wonderful animal-lovers like you who signed our petition, the Brazilian branch of Carrefour has announced it will improve pig welfare.

Good things come in twos. You helped pressure Europe’s biggest retailer to improve pig welfare in its Brazilian branch. Nice work! Not only that, you also helped get CP China, the world’s third largest pig producer, to lift their pig welfare standards too. On behalf of pigs around the world, thank you.

You’re there for pigs in Brazil

Thanks to the support of wonderful animal-lovers like you who signed our petition, the Brazilian branch of Carrefour has announced it will improve pig welfare.

The World Animal Protection team met with the supermarket chain in November last year and presented the petition calling on them to commit to high animal welfare standards. And now they have committed to a new set of standards that will improve the lives of millions of pigs.

The Brazilian branch has announced that all of their own pork products will only come from producers who commit to ending the painful castration of male piglets by 2025.

Carrefour Brazil has also committed to transitioning all of their pregnant pigs to group gestation, allowing 28 days maximum in cages. This means mother pigs will be able to move, socialise and suckle their babies more naturally.

… And pigs in China

With your support, the World Animal Protection team in China has signed an agreement with a world top three pig producer to improve the lives of pigs on their farms.

Under the agreement, CP China (Charoen Pokphand Group China) will work with World Animal Protection to conduct trials on high welfare farming. The trials will directly improve the lives of 6,000 sows (mother pigs). If successful, the trials will hopefully be rolled out across other farms in China and could potentially make life better for 10 million pigs.

A pig thank you from pigs around the world!

7 amazing things we achieved for dogs in the last decade 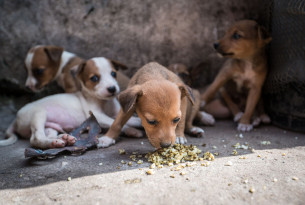 Thanks to your support, we spent the past 10 years fighting to make the world a better place for man’s best friend.

You’re on the ground in the Philippines 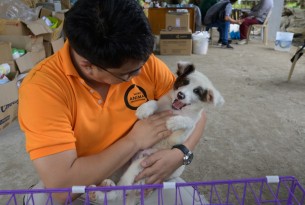