World Animal Protection’s new report found that dozens of companies that previously committed to end the use of gestation crates by their pork suppliers may not be making any progress more than five years later. Many seem to have removed their commitments altogether.

It is clear this cruel practice must end, but too many companies are falling behind.

Between 2012 and 2015, numerous pork-selling companies—such as Campbell’s, Kraft Heinz, Arby’s, and Costco—garnered praise and press attention from advocates and consumers for setting goals to end the use of cruel gestation crates for pregnant pigs and provide only gestation-crate-free pork, typically with target dates for implementation.

Of the 56 companies included in the Quit Stalling report, it is deeply concerning that nearly one-third (30%) no longer maintain language in their published animal welfare policies or responsibility reports affirming their commitment to crate-free pork. An additional 25% are relying on vague language that does not require all suppliers to comply.

Only 16 companies (29%) are currently reporting publicly that they are making progress towards, or have achieved, full implementation of their commitments.

It is up to advocates and consumers, like you, to hold them accountable to their promises and ensure they make progress towards better conditions for mother pigs. Tell companies with missing policies to do better.

While most companies may not be following through with their commitments, some are keeping their promises.

The Cheesecake Factory, for example, deserves praise for its level of transparency. The company openly acknowledges the complexity of this issue as it works towards its goal of “no use (zero days) of gestation crates/stall,” including providing specific details about any continued use of crates in its supply chain.

Additionally, Hilton Hotels and Compass Group, following engagement with World Animal Protection in 2020, provided public updates on the status of their lapsed commitments for this report and reaffirmed that sourcing only gestation-crate free remains a priority.

It is clear this cruel practice must end, but too many companies are falling behind. 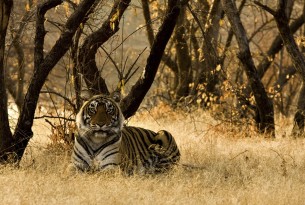 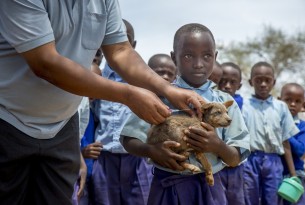 More than 10 million dogs are killed inhumanely and cruelly every year in misguided attempt to control rabies. Mass vaccination works, so governments must... 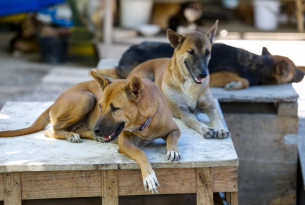 Paws for a moment and pat yourself on the back. You helped provide food and vet care to thousands of stray and abandoned dogs during the coronavirus pandemic....