The welfare of the horse is so adversely affected in racing and other equestrian sports.

The Melbourne Cup is the (disg)race that stops a nation. It’s heartbreaking to see another horse needlessly lose its life during the Melbourne Cup. The Cliffsofmoher was euthanised on the track after suffering a fractured shoulder. This is the 6th horse to die since 2013 as a result of the Melbourne Cup.

This follows the tragic loses of both Araldo and Admire Rakti in 2014. And Red Cadeuax was euthanised in 2015 after suffering catastrophic injuries.

World Animal Protection opposes the use of all animals in entertainment, including the use of horses in the racing industry. It’s time to end the cruelty.

The welfare of the horse is so adversely affected in racing and other equestrian sports. Areas of welfare concern in horse racing include diet, transport, management, training, culling of uncompetitive animals, use of the whip and risk of injury and death.

Racing exposes horses to significant risk of injury and sometimes death through trauma or emergency euthanasia. Research in Victoria into the risk of death in flat horse racing found approximately one fatality per 1,000 horse starts.

In addition, horse racing involves striking the horse with of a whip, which by definition is likely to inflict a degree of pain and potentially injury.

World Animal Protection oppose the use of all animals in entertainment. Join our movement and learn more about our work. 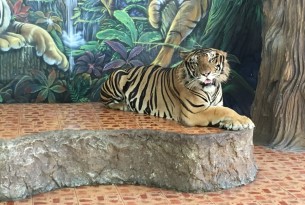 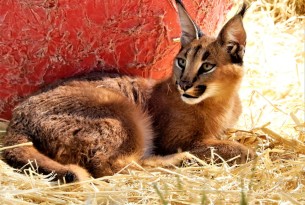 We’re delighted to share an update on the wild cats we rescued from captivity in a private home in New York state in July. They were bound for the illegal...

A shockingly high number of the world’s travel trade associations are lagging in providing animal welfare guidelines to travel companies, our new research...