This years’ meeting of the International Whaling Commission (IWC) marks 30 years since member governments placed a global moratorium on commercial whaling to protect their numbers, devastated from years of being hunted for their oil and meat.

We welcome IWC’s shift from a pre-occupation with regulating commercial hunting to include a wide range of threats to whales – climate change, ship strikes, chemical, noise, plastic pollution and entanglement in fishing gear.

A staggering 640,000 tonnes of gear is left in our oceans each year. This gear traps, injures, mutilates and kills hundreds of thousands of whales and other marine animals annually.

Whales starve to death after swallowing it or are caught and strangled by old nets – which we call ‘entanglement’. The term ‘ghost gear’ is frequently applied to this deadly marine litter.

World Animal Protection has supported the work of IWC’s Global Whale Entanglement Response Network over the last few years and commends the IWC for taking a practical hands-on approach to this problem in addition to the whale welfare framework and action plan highlighting the threats fishing gear causes to our marine mammals. However, more can be done.

The GGGI unites those with the knowledge and power to create a sea change for animals: coming together with a common goal, to reduce lost fishing gear blighting our oceans, and to end the immeasurable suffering it causes to marine life.

As experts in this field, World Animal Protection is at the IWC to:

The GGGI has established an entanglement data portal to better understand ghost gear causes, impacts and trends globally. The evidence gathered will be used to prioritise solutions in ‘hotspot’ areas where ghost gear is a particular problem.

We are hopeful that the IWC will start collecting and sharing data with the GGGI to make good headway on its new, forward-thinking focus on conservation and whale welfare.

Whales surviving in the oceans of today need sensible and urgent decisions to deal growing threats they have to contend with – now and into the future.

Learn more about our work to rid the world’s oceans of ghost gear. 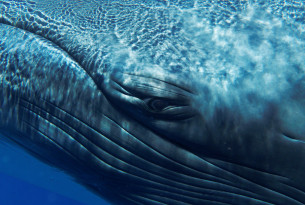 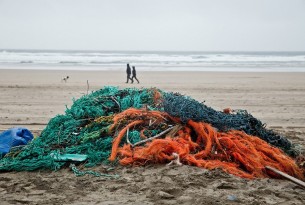 From socks to doormats, puppies to Christmas trees, get inspired by some of these amazing creative solutions to ghost gear from around the world.

World Animal Protection laments the defeat of a proposed sanctuary for whales in the South Atlantic at the 66th meeting of the International Whaling Commission...