“We are using this example to share with other small pig farmers because we think it can inspire them to do the same.”

Pigs on Pevi’s farm in the south of Brazil have started to reap the rewards of farmer Sidnei Vilani’s new understanding of animal welfare.

Last year, when the World Animal Protection team in Latin America visited the farm, the pigs were living in high welfare group housing. But there was room for improvement in their lives. They needed more things to play with and occupy their time, to stop them becoming bored and stressed. And practices like ear notches and tail docking would have been causing the pigs unnecessary pain and suffering.

But when the team visited the farm again this year, they were delighted to find the farm had made important changes much more quickly than expected. Sows had more things to do, such as straw to explore and ropes to play with.

José Ciocca, our humane and sustainable agriculture manager, commented that the pigs “seemed happier as a result”.

The farmer had also increased the size of the farrowing house so the piglets could be weaned at 26-28 days. Previously they had been weaned at 21 days, which is younger than we recommend.

José and his team talked to the farm staff about providing more things for the pigs to do (‘enrichment’), and the appropriate weaning age for piglets. They highlighted the unnecessary pain and suffering caused by ear notching and tail docking.

“Sidnei Vilani and the technicians seemed very willing to talk with us to understand and improve the pigs’ welfare,” José explained. “At the visit’s end we felt really impressed by the farm’s interest in our feedback, but didn’t imagine the surprise that would be waiting for us eight months later.”

Not only had enrichment and weaning age improved, but the farm had also been investigating possibilities to phase out tail docking and to use tattoos rather than ear notching.

“We are using this example to share with other small pig farmers because we think it can inspire them to do the same,” says José. 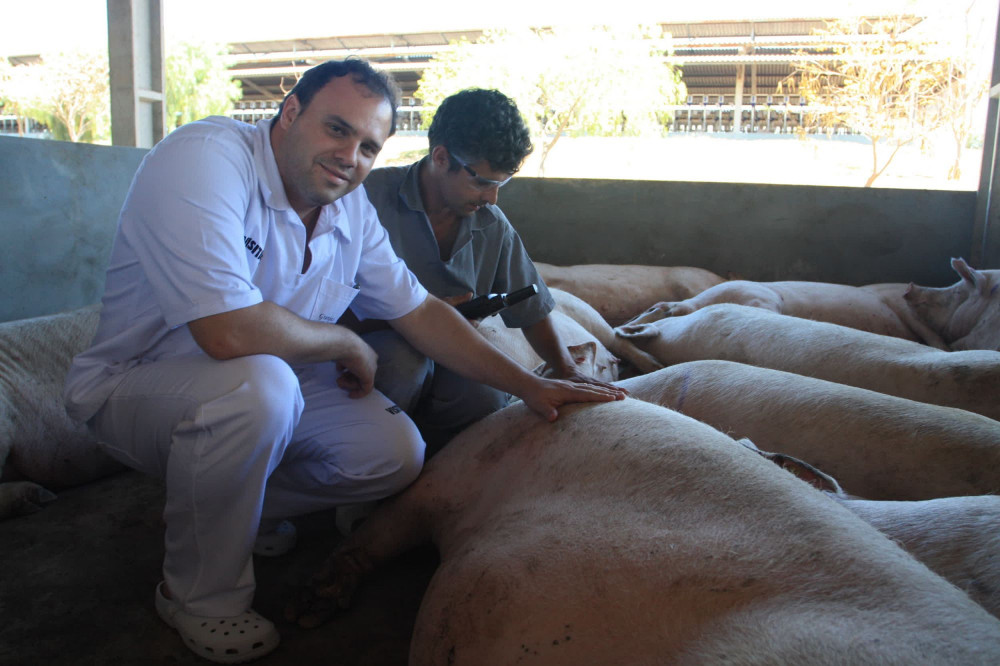 José Ciocca with pigs at another farm in Brazil that is embracing higher welfare standards.

Farmer Sidnei Velani is happy too.

“If I had the money I would change both my farms at once! Now I am prioritising my oldest farm and adapting it so that sows can spend their pregnancies with other sows. My goal is to be able to have both farms with high animal welfare.”

The Pevi’s farm improvements are part of our work with Brasil Foods (BRF), one of the world’s largest producers to improve the welfare of pigs on their farms.

“We are working with producers across the globe to change farming practices. We want every sow to be protected – to live in higher welfare conditions where they can exercise, forage, comfortably rest, interact with other pigs and live a good life,” says José.

You can help us transform the lives of at least 1 billion animals in farms around the world by 2020. Together we can convince the world’s major food businesses to phase out the worst methods of production and replace them with more humane alternatives.

Find out more about our work improving the lives of farm animals. 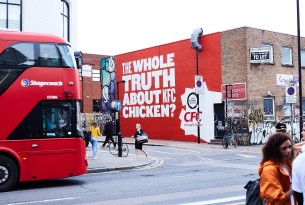 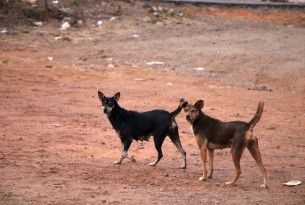 Life is tough for dogs in Sierra Leone. The country is still recovering from two civil wars and, most recently, the Ebola virus. Death from rabies is an ever-... 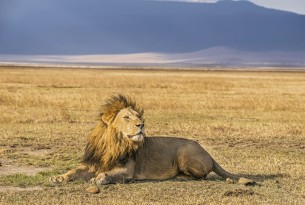