Each chicken on a factory farm has a distinct personality and desires, but factory farms deny everything that comes naturally to these intelligent and sensitive animals

There are more chickens on the planet than any other land animal. Let's learn a bit more about them.

1. Chickens can recognise up to 100 faces

Chickens don’t just recognise other chickens, either. These faces included those of humans! Chickens even remember positive or negative experiences with the faces they recognise and pass that information on to members of their flocks.

Similar to dogs and cats who may act like they’re chasing something while asleep, chickens also have very vivid dreams. Chickens experience rapid-eye movement (REM) sleep, but researchers don’t yet know what they dream about. We can only imagine!

3. Chickens chirp to their eggs

One of the sweetest things you’ll ever hear is that hens chirp to their babies while they’re in the eggs and the chicks chirp back! They also make around 30 different calls to communicate with each other, expressing everything from “thanks for the food!” to “there’s a predator in the coop!”

4. Chickens use past experiences to make decisions

Like how we’ve learned not to touch a hot stove or why we need to wear sunscreen, chickens use past experiences to inform their decisions. They’ll remember enjoying certain foods or what brought danger to their flock and make decisions based on those experiences.

5. Chickens empathise with their peers

Chickens are the epitome of empaths. Empathy is one of the most interesting things about chickens. If a peer is hurt, stressed, or even happy, other chickens will not only understand, but share those feelings.

They can solve puzzles by pecking at the pieces with their beaks to let their human helpers know which ones go where. Chickens have also been caught on tape finding treats hidden under cups.

When a chicken is happy, cosy, and safe, they will close their eyes and purr softly. You’ll just have to trust us on this one.

Sadly, chickens are the most intensely farmed land animals on the planet. With billions of chickens around the world, suffering in tight, filthy factory farms for egg and meat production. Each chicken on a factory farm has a distinct personality and desires, but factory farms deny everything that comes naturally to these intelligent and sensitive animals.

Every chicken deserves a good life where they can raise their babies and perform other natural behaviours like foraging for food, dust-bathing, and roaming freely. 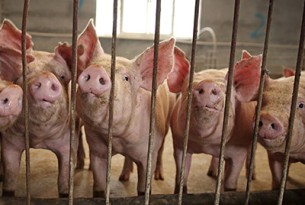 5 places to spot Australian animals in the wild 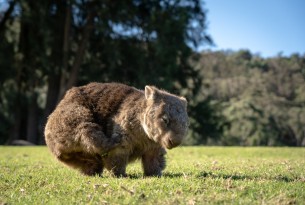 No matter how well they are looked after in captivity, a wild animal's needs can only be fully met in their wild environment. And there’s no more special or...

Some global food brands are failing farm animals by not improving animal welfare standards, according to our latest Business Benchmark on Farm Animal Welfare...