26,000 people petition the Thai Government against a new tiger zoo

Thanks to your support, World Animal Protection handed in the petition to the Thai Department of National Parks, Wildlife and Plant Conservation to express concern over the opening of a new tiger zoo.

It is suspected that this venue may have links to the infamous Sriracha Tiger Zoo which was said to have closed in July 2021.

In addition to handing over the petition, the purpose of the visit was also to get more information about zoo applications from the National Park Service; as well as secure an action plan for the monitoring of wildlife welfare.

With you by our side, World Animal Protection continues to campaign against the commercial breeding and exhibition of wild animals for entertainment. 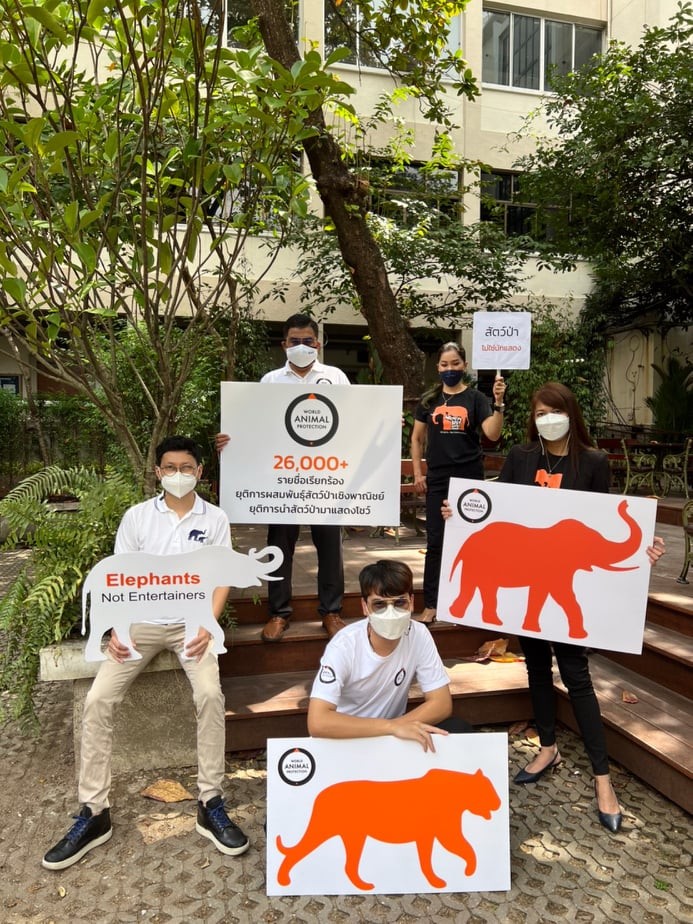 “Our organisation and our supporters do not support commercial wild animal breeding, nor the cruel use of those wild animals for performances. There is a growing concern from both foreign tourists and the Thai people about these problems at various tourist attractions.”

“We asked the National Park Service to examine and review the renewal of the permit and the registration of a new zoo permit.”

“The COVID-19 situation has clearly proven that many wildlife entertainment operators are unable to properly care for their animals. Many have had welfare issues even before COVID-19.”

Also, the speed breeding of some wild animals, like tigers, may have hidden links to the illegal wildlife trade.

“The number of tigers in captivity throughout Thailand more than doubled in the 10 years between 2007 and 2017. However, most of the tigers in captivity were foreign species such as Bengal or Siberian tigers which serve no conservation benefit for wild tiger populations.”

“In addition, commercial tiger breeding poses the risk of wildlife trafficking as previously revealed in the case of the Tiger Temple in Kanchanaburi Province and the Mukda Tiger Zoo in Mukdahan Province."

"The Department of National Parks has an action plan to improve wildlife welfare, as well as to aggressively accelerate the fight against the illegal wildlife trade. The government is delighted to continue working with World Animal Protection.”

Thank you for fighting to keep wild animals in the wild where they belong.

12 Do’s and Don'ts for an animal friendly travel 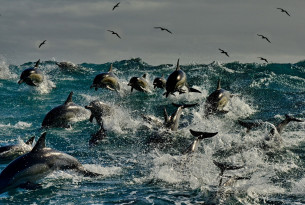 Wild animals are captured, taken from their natural habitats or bred in captivity, suffering a lifetime of cruelty and abuse. Some are beaten into submission,... 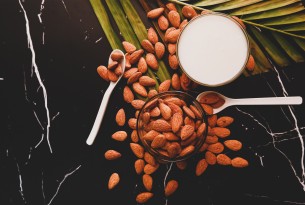 Get ready to swap out animal products with these flavourful and simple to prepare plant-based foods.