According to the latest count, there are 3,789 snake species, making them the second largest group of reptiles after lizards. They are divided into 30 different families and numerous subfamilies. Australia is home to approximately 140 species.

Snakes are “solar-powered” and rely fully on external heat or light sources. Reptiles sometimes get labelled “cold-blooded” but this is incorrect as their blood isn’t actually cold. The accurate term is “ectothermic,” meaning their body temperature is variable and regulated by external sources. Unlike mammals and birds that are able to internally regulate their body temperature, reptiles need to use sources of heat, like the sun, to warm up.

Not all snakes lay eggs. You might have learned in school that reptiles are different from mammals because they lay eggs. While approximately 70% of snakes lay eggs, others don’t. Snakes living in especially colder climates have live births because the eggs wouldn’t survive outside.

Snakes don't have eyelids. This means they don’t blink and have to sleep with their eyes wide open. Instead of eyelids they have a thin membrane attached to each eye to protect them. The membrane is called the “brille,” which in German means glasses.

Snakes smell with their tongues. Snakes do have nostrils, but they don’t use them to smell. Instead they have evolved to smell with their tongue and by using their Jacobson’s organ in the roof of their mouth. Their smell is quite excellent and has also been described as “smelling in stereo”. They have a forked tongue and multiple receptors able to pick up different amounts of chemical cues.

Snakes’ table manners are different than ours. When snakes are eating, they can’t help but to swallow their food whole because they can’t chew. Instead, snakes have very flexible lower jaws which allows them to eat animals who are 75% - 100% larger than their own head. The chemicals in their digestive track will do all the work and break down the food once ingested.

Snakes have five forms of locomotion. Imagine a snake moving through the grass. What do you picture? The well-known s-movement? This wouldn’t be surprising, because this is the most common form of locomotion in snakes, also known as lateral undulation. But snakes have four other types of movement. Arboreal snakes, for example, use a form of locomotion which uses seven times more energy, called concertina. There is even a special locomotion used for when a snake tries to escape on a smooth surface, known as slide pushing.

What is the problem with the exotic pet trade?

Wild animals used for exotic pets come from all over the world. Some animals are bred in captivity, some are caught from the wild. Then shipped thousands of miles to live in unsafe and unnatural conditions.

Reptiles are thought to make up around 20% of the global exotic pet trade, yet they are perhaps one of the most misunderstood type of animal, with broad misconceptions that they are not sentient. This leads owners to often misjudge the level of care they need and wrongly conclude what they require to meet even their minimum needs with respect to space, nutrition, environment and enrichment.

The Ball python, named for its tendency to curl into a tight ball when stressed, is currently the single most legally-traded live African species under the Convention on International Trade in Endangered Species of Wild Fauna and Flora (CITES). Over three million of them have been exported off the African continent since 1975. In addition to being hunted for the international exotic pet trade, they are caught and killed for meat, leather, and traditional medicines.

Sadly, they are wildly popular around the world as exotic pets, particularly in Europe and North America, yet concerns are growing about the conservation impacts of this trade, and about the welfare impacts of the capturing, trading and keeping of Ball pythons as pets.

Their small size and relatively docile nature make them popular, and inappropriately perceived to be a good “starter pet”. They are also likely popular due to the common misconception that they require relatively little specialised care.

How are we helping Ball pythons?

World Animal Protection will continue to fight for vulnerable Ball pythons, and all wild animals who are being hunted, exploited and killed. In many ways, the Ball python is the poster child of the exotic pet trade. It’s the single most traded live animal legally exported from Africa.

As part of our ongoing Wildlife. Not Pets campaign, we’ve produced a report highlighting all that is wrong with the global system that enables the trade of this species. The report Suffering in silence - Uncovering the cruelty of the global trade in Ball pythons outlines our findings.

To protect Ball pythons from the unimaginable suffering they endure we are calling for:

Together, we can end the exotic pet trade and keep wild animals in the wild, where they belong. 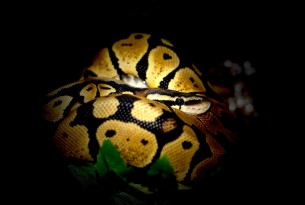 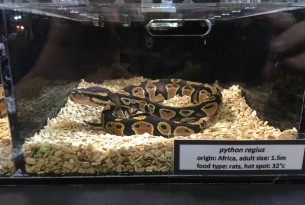 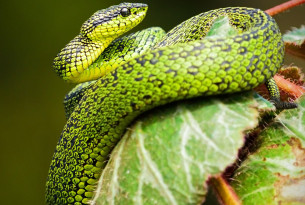 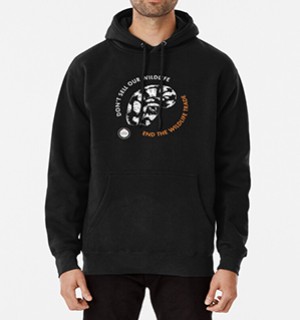 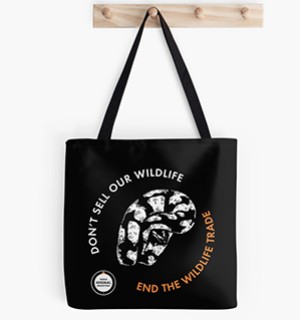 All over print tote bag 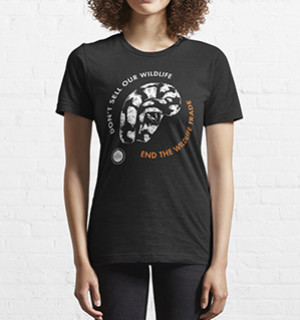