A close up on cruelty

Our new report, ‘A Close up on cruelty: The harmful impact of wildlife selfies in the Amazon', reveals the alarming trend of taking selfies with wild animals for Instagram and other social media.

To provide research for the report, our team of experts and investigators conducted the world’s first complete review of wildlife tourist attractions offering close encounters with wild animals across Latin America.

Our research raises concerns that many of them are cruelly exploiting and injuring wildlife. They’re also breaking animal protection laws in the process, to provide harmful wild animal selfie opportunities for tourists.

Wildlife and the selfie phenomenon 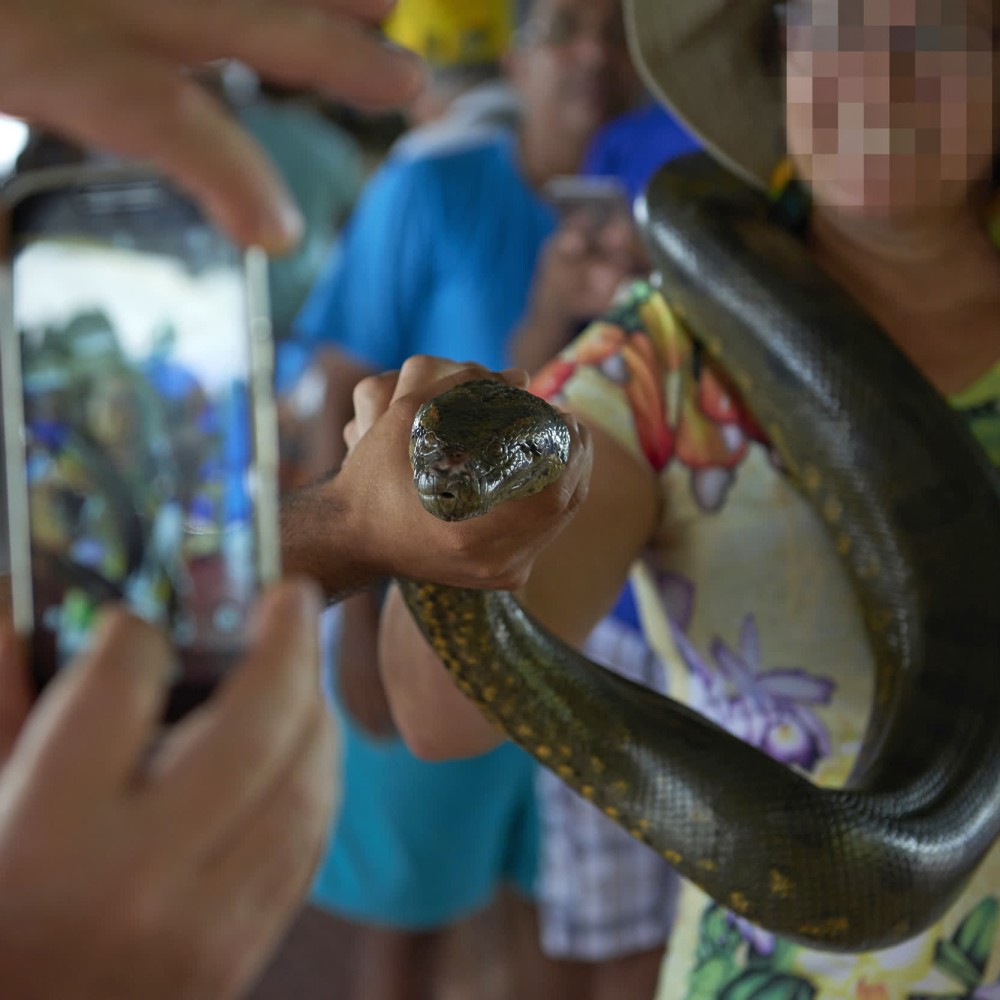 The fact that sloths, caiman, anacondas, and more, are often beaten into submission before being ‘safe’ enough for selfies, is left out of the camera’s frame. These animals are taken from their mothers as babies, then secretly kept in filthy, cramped conditions.

Sadly, the cruelty that makes these animals submissive enough to use for wildlife selfies is entirely invisible to the unsuspecting tourist.

If tourists knew the truth, they’d stay out of this ugly picture.

Help filter cruelty out of wildlife selfies by signing up to our Wildlife Selfie Code now.

For this report, our investigations team focused on two cities in the Amazon: Manaus, Brazil and Puerto Alegria, Peru.

In Manaus, our detailed investigation of 18 different tour companies revealed that the opportunity to hold and touch wild animals as photo props was offered on 94% of excursions. It was actively encouraged in 77% of them.

In Puerta Alegria, the opportunity to hold and touch wild animals as photo props for about US $15 was also provided at three different locations. We identified a total of 40 animals from 24 species.

Get the full report

Download a copy of ‘A Close up on cruelty: The harmful impact of wildlife selfies in the Amazon’.

A spotlight on sloths

Our study found that the most common species used for selfies in the Amazon are sloths, pink river dolphins, anacondas, and caiman – with sloths being used the most.

In the wild, sloths typically live quiet, sleepy lives. Being constantly surrounded by noise and people they can’t escape causes them unimaginable stress. The poor diets people often feed them can compound this, making them weak or ill.

Sloths do not want a hug – they just want to survive. But unfortunately for sloths, being stolen from the forest is an almost-certain death sentence. Our evidence suggests many sloths are likely to die within six months after capture. 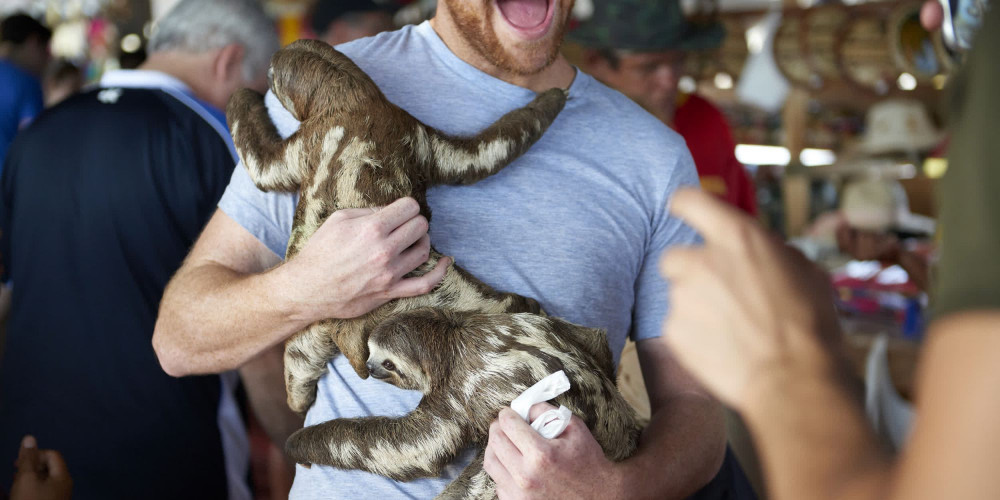 A tourist holds two sloths while having his photo taken

Taking action across the amazon

To tackle the problem of wildlife selfies in the Amazon, we’re calling on the governments to enforce the law.

We’re also working to ensure that travel companies and individuals who exploit these wild animals abide by existing laws.

Follow our Wildlife Selfie Code  to make sure your wildlife selfies are cruelty-free.

A ’bad’ wildlife selfie is an image or post in which a wild animal is being held, touched, restrained or baited for the purpose of being a photo prop.

A ‘good’ wildlife selfie is where any image or post of a wild animal in which there was no direct human contact and the animal was not being restrained or in captivity to be used as a photo prop.

We want tourists to enjoy seeing wild animals in the wild or the next best place – a sanctuary or rescue centre – that provides proper protection for animals that survive the cruelties of the tourism industry.

We ask all tourists to book their wildlife experiences with a responsible travel operator.

Together we can ensure a better future for animals in the Amazon, and around the world. Sign up to our Wildlife Selfie Code now.