Human mums can suffer post-birth disorders if their baby is taken away too early, and mother pigs can also experience distress when their piglets are taken from them.

As Mother’s Day approaches in many parts of the world, World Animal Protection is urging consumers to take action for mother pigs suffering on factory farms.

Three out of four of the world’s mother pigs spend much of their lives confined in steel cages no bigger than an average fridge. In these conditions they are unable to turn around, forage, explore, move comfortably, or socialise with other pigs.

A recent article brings together the science that shows how mother pigs on factory farms can experience the same risks linked to post-birth disorders in human mothers.

Following the launch of the Raise Pigs Right campaign, World Animal Protection is asking consumers to join its call to leading supermarkets to commit to improving conditions for mother pigs - by ending the use of cruel cages and enriching the environment pigs live in, in their supply chains.

Research shows that these changes can substantially improve the welfare of pigs in factory farming. Among the most intensively farmed animals on the planet, pigs are highly intelligent and sociable. Naturally pigs prefer to live in social groups of two to six adult, often related, females, alongside their piglets and other young offspring. Pigs learn social skills, including mothering ability, from living in these matriarchal groups. But the reality on factory farms is starkly different. Mother pigs are socially isolated in cages for pregnancy, giving birth, and nursing their piglets. They are prevented from learning from experienced mother pigs, and have no joy in their lives.

Further research reveals restricting the movement of mother pigs, by confining them to cages for pregnancy, giving birth and nursing, could be a risk factor for post-birth disorders.  Before giving birth, mother pigs have strong instincts to build nests for their piglets. But mother pigs kept in cages are deprived of nesting materials and denied these natural instincts. These mother pigs are found to have higher stress hormones than those given the space and materials to nest.

World Animal Protection is urging producers to provide pens, not cages, for mother pigs to give birth, along with nesting materials, which can reduce stress, allowing mother pigs to nest build, and reach and bond with their piglets.

Dr. Sarah Ison, Global Farm Animal Advisor at World Animal Protection, says: “Seeing mother pigs in barren cages, attempting to build nests while surrounded by metal with no nesting material, is painful to watch. They have such intent in their eyes to prepare for birth, and their frustration and distress is plain to see. They get cuts and grazes on their faces attempting to nose and root through the steel bars. This is no way to begin their birthing process”

Just like in humans, mother pig hormone levels change dramatically around the time of giving birth. A sudden reduction in pregnancy hormones can induce symptoms of depression in human mothers, which could also happen in mother pigs. These disorders can be amplified for pigs with the stress of confinement of cages, the pain of birth, lack of previous exposure to piglets, and lack of social support from other pigs.

Human mums can suffer post-birth disorders if their baby is taken away too early, and mother pigs can also experience distress when their piglets are taken from them.

In nature mother pigs wean their piglets between 10 and 17 weeks old. On factory farms, piglets are removed from their mothers as young as three weeks old. This separation is highly distressing for both mother pig and piglets, and they can be heard crying out for each other. Increasing the weaning age of piglets can help reduce stress.

Mother pigs on factory farms are also bred to produce excessive litter sizes, often having more piglets than they can feed. This result in some piglets not surviving. Allowing mother pigs to give birth to natural litter sizes will improve the lives of both mother pig and piglets.

This Mother’s Day, mother pigs deserve better. Consumers can help drive change by telling supermarkets they must source pork from producers that have committed to get pigs out of cages and into social groups, with enrichment, so pigs are raised right. 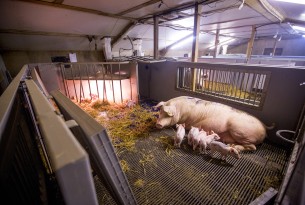 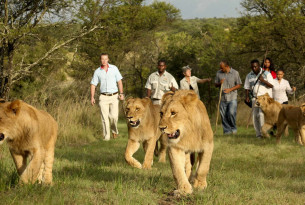 The world’s largest travel site has taken a step forward by ending sales of tickets to some animal shows. However, its updated policy, launched on April 25,...