"To have our issues included in the draft is truly remarkable and beyond our expectation."

Good news, measures that can be used to protect animals have been included in the UN's draft Sustainable Development Goals (SDGs). These goals are important because they will change the way the world develops, and they will affect animals.

For over a year we have been pushing the UN to ensure animals are neither forgotten nor put at risk as a result of their goals. We are delighted that animal protection issues have been included in a draft of the 17 SDGs.

Wildlife, Disaster Management and Sustainable Agriculture are all included, whilst Oceans and the Marine Environment has a whole goal to itself.

We have been central to development of these goals, arguing throughout that the wellbeing of, and impact on, animals has to be considered.

The finalised goals will be implemented by governments for 15 years between 2016 and 2030, with the aim that countries begin living and acting more sustainably during this time.

Our Chief Public Affairs Advisor, Ian Cawsey, said: "The draft goals are a major achievement for us. We have been pushing for animal protection to be included in the SDGs for over a year. To have our issues included in the draft is truly remarkable and beyond our expectation."

There is still work to be done. The goals will now be considered by the UN Secretary General and then debated by the General Assembly (UNGA). The final Sustainable Development Goals are planned to be agreed by September 2015 to be implemented on 1st January 2016.

We will be there throughout the process ensuring that animals are not forgotten.

Help us put animal protection on the global agenda.

Image: An example of good animal welfare practices at an indoor pig farm in the UK. We are using case studies like this to influence and improve standards in pig farming globally. 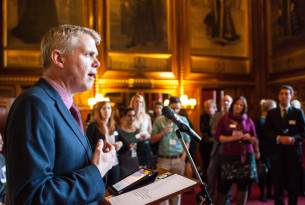 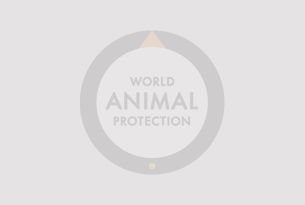 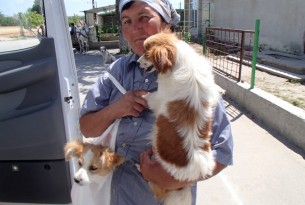 Our work with dogs in Romania continues as we sponsor a mobile vet clinic run by our local partners, Save The Dogs 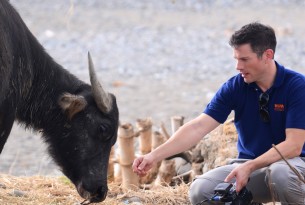 Every day is different for Scott Cantin. As our Disaster Communications Manager, he’s ready to go anywhere disaster strikes in the Asia Pacific at a moment’s...