The Australian Government will continue keeping shoppers in the dark about the country-of-origin for imported ham and bacon products, following a 12-month evaluation process.

Together, we can help give mother pigs around the world, lives worth living.

Thank you to the thousands of passionate people who took the time to call for clearer labelling.

Sadly, the Australian Government has refused to improve the country-of-origin labelling information on imported pork products. Processed ham and bacon products will continue to be labelled as ‘Made in Australia’, even though the ham may have come from pigs kept in cages in the United States. Companies will not be required to disclose what country the pork is from.

This means that labels can continue to show that a product contains less than 10% Australian ingredients, with no indication on where the ham, the main ingredient, is from.

This is a disappointing outcome for mother pigs around the world.

Clear labelling is important, because we know that some of Australia’s main import markets including Canada and the United States continue to keep mother pigs in sow stalls for the duration of their pregnancy. This is unacceptable. Australian shoppers who choose to eat ham or bacon, deserve to know where their meat is coming from, so they can make an informed choice and opt for higher welfare options.

How you can still help

While the decision to leave labels unclear is disappointing, you can still do more to help Australian pigs be treated better. With your support, we’re working to see an end to unnecessary piglet mutilations, more enriched environments, and we ultimately want to get mother pigs out of confinement after birth.

If you are in your supermarket and you find the labelling on pork products like ham and bacon unclear, contact the retailer and ask them to provide clearer information. Calling on Coles, Woolworths and Aldi to introduce clearer labelling on processed pork products is another way to help mother pigs. You can also demand information on where their processed ham and bacon is from via their social media channels.

Tweet @Woolworths, @Coles, or @AldiAustralia and ask them not to keep you in the dark about where their imported pork is from.

For many Australians, bacon and ham remain a staple in their weekly shop. While standards can still be improved for pigs in Australia, they are currently treated better than pigs in North America. The Australian industry has voluntarily phased out the use of sow stalls (cages) for mother pigs, across most of the local industry. So, if you choose to buy ham or bacon, be sure to look for ham or bacon that is from Australia, or the European Union (EU), where sow stalls are rarely used. You can also look for a ‘sow stall free’ certification.

Meet one of the elephants you’ve helped in Thailand 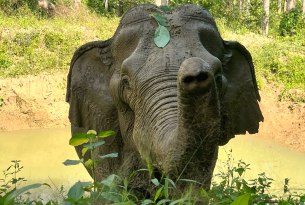 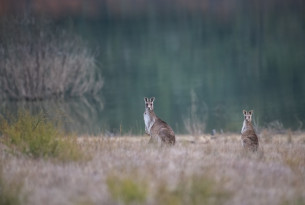 The International Kangaroo Protection Alliance is a group of 16 animal organisations and individuals  committed to sharing ideas and amplifying efforts to...